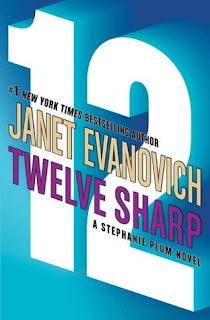 Stephanie is confronted by an angry woman who claims to be Ranger's wife. If that isn't strange enough, the woman winds up dead. Ranger's daughter is also kidnapped and witnesses are all claiming that Ranger did it. Stephanie is torn between the facts that are in front of her and her understanding of the real Ranger.

I really enjoyed this book a lot. I was kind of shocked about the chapters though. Up until this point, she'd been writing longer chapters. This book had double the chapter numbers with half the length. It was weird to me. She made it work though.

I feel like this book wasn't as good as the first few, but it was still good anyway. I feel like there were a lot of scenes that could have been drawn out a little more. There were parts that got a little too predictable and made me feel that the author got a little bored with this book.

I still enjoyed this book. Even if it isn't one of my favorite Plum novels. I found it hilarious like I did all the books. I can't wait to delve into the rest of the series and follow Stephanie on her journey. No matter what, I can always count on humor with the series. And cake! Can't forget the cake!


**This is also posted on Amazon and Goodreads.**
Posted by Willow Star Serenity at 8:59 AM